The knee joint is one of the most important parts of the body which is necessary for mobility. Pain and discomfort in the knee joint due to the wearing off of the cartilage tissue between bones leads to reduced mobility and difficulty in performing daily activities. A knee replacement surgery is performed in order to reduce pain by removing the diseased or damaged part of the knee bone and is replaced with an artificial joint which is made of metal and plastic. Knee replacement surgery can be of two types Total Knee Replacement and Partial Knee replacement. 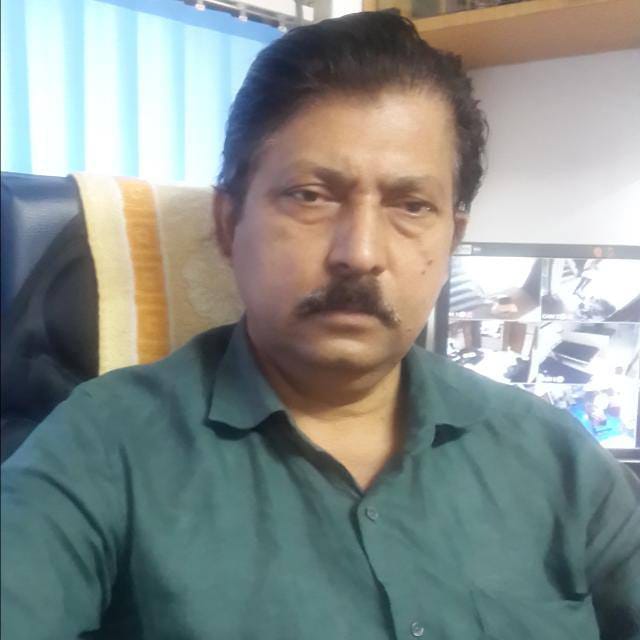 Dr. G. N. Gaikwad of our Currae hospital, Thane is an acclaimed name in his field, He is a one of the most distinguished and recognized practitioner in the orthopaedics discipline of medicine. The doctor deals with the problems related to the musculoskeletal system, concerned with the correction of spinal & bony deformities in children as well as adults. The... 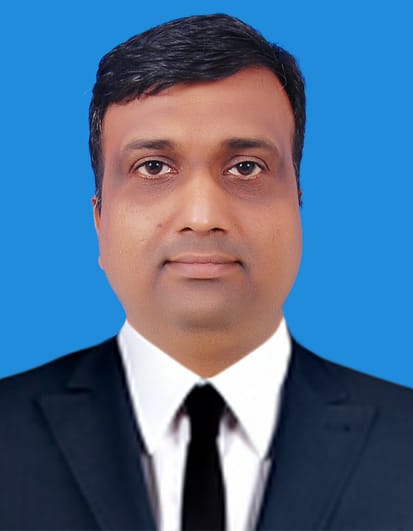 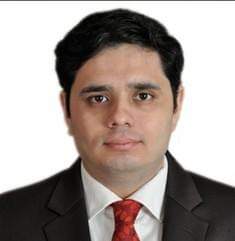 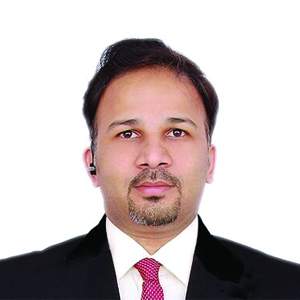 Dr. Shailendra Patil is a leading orthopaedic surgeon in Thane, Mumbai & Navi Mumbai. His Key specializations are in Joint replacement and Arthroscopic surgeries. Over the past few years, he has served a diverse population in and around Mumbai, with experience of more than 3000 joint replacement surgeries until April 2017, of which more than 2000 were done individually by... 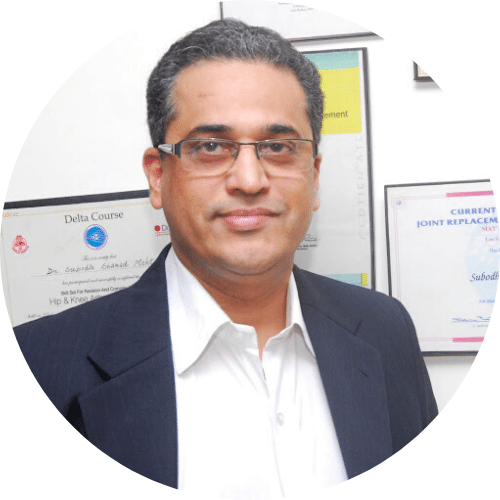 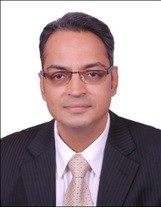 Dr Swapnil Zambre, is associated with Currae Hospiatls as a Consultant - Orthopedic & Joint Replacement Surgeon. He also had the privilege of working extensively for 12 months for shoulder arthroscopy fellowship with Prof. Ofer Levy the world renowned shoulder surgeon from Reading Shoulder Unit,Uk who designed the first stemless reverse shoulder replacement. He had an opportunity to work with... 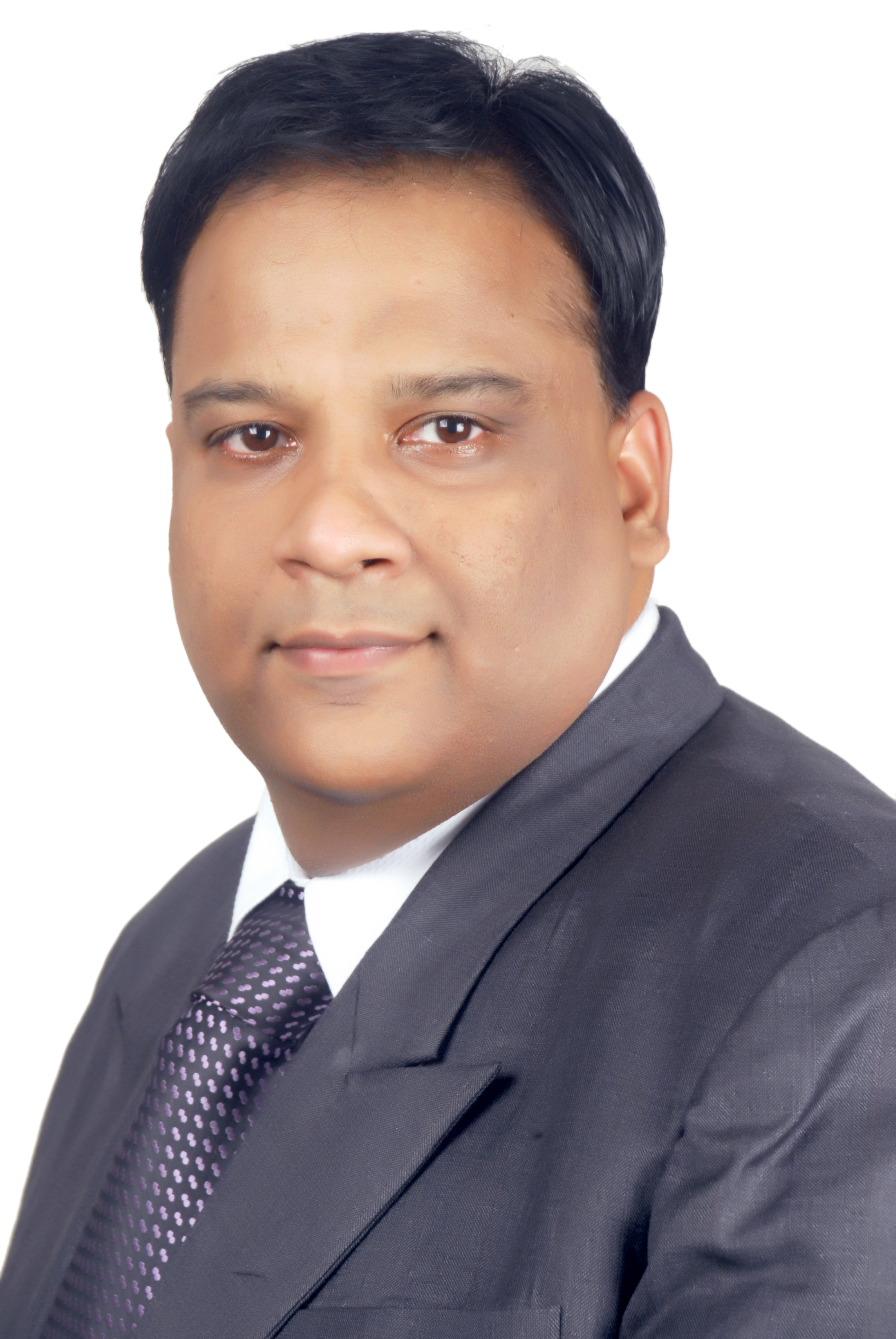 Dr. Vidyanand Raut has had extensive training and a 18-year experience in the field of joint replacement surgery. He attained his orthopaedic training in Mumbai, and was selected for prestigious felowships in renowned hospitals in USA, UK Australia and India. He is working at some of the most advanced multispecialty tertiary care hospitals in Mumbai, Thane and Vasai-Virar region.

Procedure of a Knee Replacement Surgery

The procedure for total knee replacement is as follows

After the incision is made and the kneecap is exposed the damaged end of the thighbone known as the femur and the shine bone is known as tibia is carefully removed. The end of the femur is replaced by a curved piece of metal and the end of the tibia is replaced by a flat metal plate. These are either joined using the bone cement or bones are treated to encourage fusing with the replaced part. The ends are measured accurately and a dummy prosthesis is fixed to test the working of the joint after which the prosthesis is fitted and the bones cleaned. The wound is either stitched or clipped and a dressing is placed on the wound. A splint may be used to keep the leg immobile but usually, the patients are encouraged to walk as early as possible. It is a common procedure and the replaced portion may last for 15-20 years.

The procedure for a partial knee replacement is as follows:

If only a side portion of the knee is damaged then a partial knee replacement may be performed. It is performed with a smaller incision and less part of the bone being removed. However, it is a riskier procedure than the total replacement surgery and is performed on 1 in 4 patients suffering from osteoarthritis. The benefits of this procedure are that the hospital stay is less and the healing is also fast. A person may also be able to retain the natural movement of the knee because only a small part of the bone is removed.

There are also several other procedures such as kneecap replacement surgery in which only the kneecap is removed and a very small incision is made which leads to faster recovery and less blood loss. There is also a new technique discovered known as multi incision surgery in which only a small incision is made after which specialized instruments are used to maneuver around the tissue rather than cutting through it. This method is generally used for partial knee replacement and leads to faster recovery.

The recovery period of a knee replacement surgery is about three to five days and depends on several factors such as the patient’s age, weight, and other medical conditions. During the surgery, the patient may be given painkillers intravenously and blood transfusion if required. After the surgery is performed there would be a large dressing on the wound to protect the exposed knee. The dressing is changed regularly till the wound is completely healed. After the surgery, the medical staff helps the patient to get up and walk. If the patient had minimally invasive surgery then he would be able to stand up on the same day. But usually, the patient is encouraged to stand up 12-24 hours after the operation. During the stay at the hospital, a physiotherapist teaches the patient exercise that helps them to walk and retain passive movement. After the patient is discharged from the hospital it is essential that he or she continues to do the exercise recommended by the physiotherapist so that they are able to walk on their own. The patients may be able to walk without the help of crutches completely after six weeks of surgery.

There are different types of knee replacement surgeries such as total knee replacement, partial knee replacement and knee resurfacing. Some of these procedures are done through minimally invasive surgery in which only a small incision is made in the skin order to insert the implants. When a small incision is made it leads to faster recovery, less blood loss, decreased time in a hospital, quicker return to normal activities. Even if a total replacement surgery is performed there are benefits to the patients who have been long suffering from intense pain and discomfort in the knee joint. After the surgery, the patients are relieved from the intense pain and are able to go through their daily activities without any discomfort. As the medical technology has advanced there is an increased improvement in the design of the prosthetics and they are implanted with greater precision. The prosthetics are designed to fit each patient. These also result in fewer complications and the surgery is successful. This helps the patient to have a natural movement in their limbs. Thus, a knee replacement surgery is very beneficial for patients who are suffering from instant pain and are not able to perform their daily activities.

Our clinical facility at Mumbai, Thane has a specialty center dedicated to orthopedics which provides the finest quality treatment to the patients. Our team of orthopedic surgeons is experienced in all kinds of orthopedic procedures like knee replacement, hip replacement, shoulder replacement and more. They perform these procedures routinely and have years of experience and knowledge with them. Hundreds of such operations have been performed at our hospital with a fast recovery rate for patients. Our doctors and medical staff are committed to provide the patients with best treatment and care so that they recover fast. 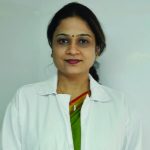