Breast cancer is the most common invasive cancer in women, and the second main cause of cancer death in women, after lung cancer.

Advances in screening and treatment have improved survival rates dramatically since 1989. There are around 3.1 million breast cancer survivors in the United States (U.S.). The chance of any woman dying from breast cancer is around 1 in 37, or 2.7 percent.

Awareness of the symptoms and the need for screening are important ways of reducing the risk.

Here are some key points about breast cancer. More detail is in the main article. 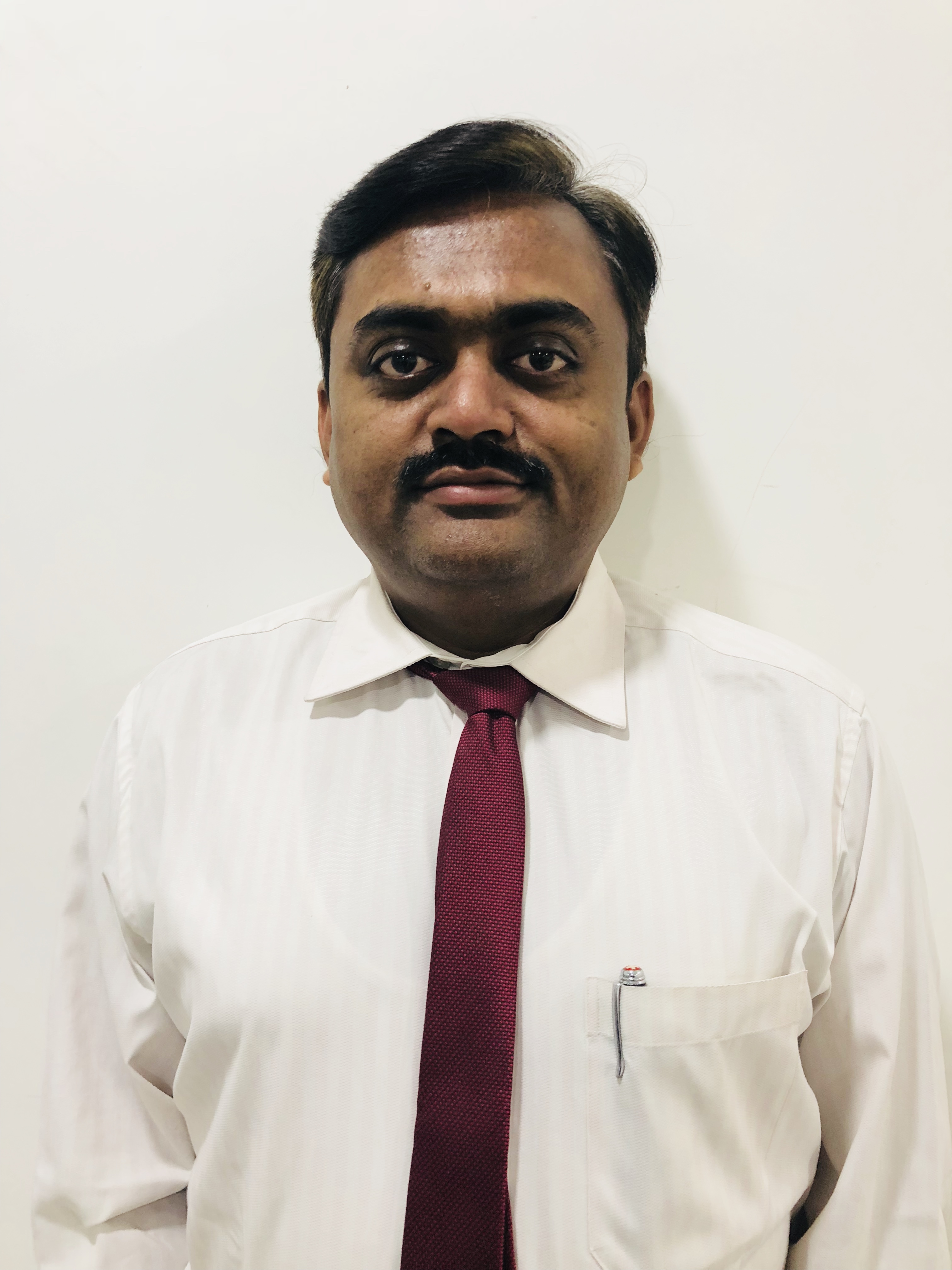 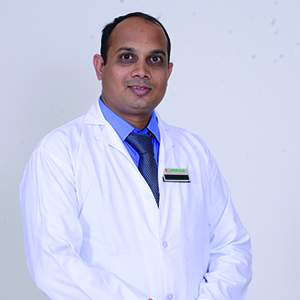 Dr. Nilesh Choradiya completed his MBBS from North Maharashtra University, Jalgoan in 2000. He has done fellowship in thoracic surgery from TATA MEMORIAL HOSPITAL and also work as a registrar for 3 years

Dr. Shraddha Thakkar practices in Vedant Hospital in Thane. The professional qualifications of the Doctor are MBBS and MD and specialize in Oncology.

An early diagnosis of breast cancer increases the chance of recovery.

Most lumps are not cancerous, but women should have them checked by a health care professional.

Cancer is staged according to the size of the tumor and whether it has spread to lymph nodes or other parts of the body.

There are different ways of staging breast cancer. One way is from stage 0 to 4, but these may be broken down into smaller stages.

After puberty, a woman’s breast consists of fat, connective tissue, and thousands of lobules, tiny glands that produce milk for breast-feeding. Tiny tubes, or ducts, carry the milk toward the nipple.

In cancer, the body’s cells multiply uncontrollably. It is the excessive cell growth that causes cancer.

Breast cancer usually starts in the inner lining of milk ducts or the lobules that supply them with milk. From there, it can spread to other parts of the body.

The exact cause remains unclear, but some risk factors make it more likely. Some of these are preventable.

Women with cosmetic breast implants who are diagnosed with breast cancer have a higher risk of dying from the disease and a 25 percent higher chance of being diagnosed at a later stage, compared with women without implants.

This could be due to due to the implants masking cancer during screening, or because the implants bring about changes in breast tissue. More research is needed.

Find out more about breast cancer in men

A diagnosis often occurs as the result of routine screening, or when a woman approaches her doctor after detecting symptoms.

Some diagnostic tests and procedures help to confirm a diagnosis.

The physician will check the patient’s breasts for lumps and other symptoms.

The patient will be asked to sit or stand with her arms in different positions, such as above her head and by her sides.

A mammogram is a type of X-ray commonly used for initial breast cancer screening. It produces images that can help detect any lumps or abnormalities.

A suspicious result can be followed up by further diagnosis. However, mammography sometimes shows up a suspicious area that is not cancer. This can lead to unnecessary stress and sometimes interventions.

An ultrasound scan can help differentiate between a solid mass or a fluid-filled cyst.

An MRI scan involves injecting a dye into the patient, so find out how far cancer has spread.

A sample of tissue is surgically removed for laboratory analysis. This can show whether the cells are cancerous, and, if so, which type of cancer it is, including whether or not the cancer is hormone-sensitive.

Staging will affect the chances of recovery and will help decide on the best treatment options.

Treatment will depend on:

Chemotherapy can be an option for breast cancer.

Factors affecting the choice will include the stage of the cancer, other medical conditions, and individual preference.

If surgery is needed, the choice will depend on the diagnosis and the individual.

Lumpectomy: Removing the tumor and a small margin of healthy tissue around it can help prevent the spread of the cancer. This may be an option if the tumor is small and likely to be easy to separate from the surrounding tissue.

Mastectomy: Simple mastectomy involves removing the lobules, ducts, fatty tissue, nipple, areola, and some skin. Radical mastectomy removes muscle from the chest wall and the lymph nodes in the armpit as well.

Sentinel node biopsy: Removing one lymph node can stop the cancer spreading, because if breast cancer reaches a lymph node, it can spread further through the lymphatic system into other parts of the body.

Axillary lymph node dissection: If there are cancer cells on a node called the sentinel node, the surgeon may recommend removing several nymph nodes in the armpit to prevent the spread of disease.

Reconstruction: Following breast surgery, reconstruction can recreate the breast so that it looks similar to the other breast. This can be done at the same time as a mastectomy, or at a later date. The surgeon may use a breast implant, or tissue from another part of the patient’s body.

Controlled doses of radiation are targeted at the tumor to destroy the cancer cells. Used from around a month after surgery, along with chemotherapy, it can kill any remaining cancer cells.

Each session lasts a few minutes, and the patient may need three to five sessions per week for 3 to 6 weeks, depending on the aim and the extent of the cancer.

The type of breast cancer will dictate what type of radiation therapy, if any, is most suitable.

Medications known as cytotoxic drugs may be used to kill cancer cells, if there is a high risk of recurrence or spread. This is called adjuvant chemotherapy.

If the tumor is large, chemotherapy may be administered before surgery to shrink the tumor and make its removal easier. This is called neo-adjuvant chemotherapy.

Chemotherapy can also treat cancer that has metastasized, or spread to other parts of the body, and it can reduce some symptoms, especially in the later stages.

It may be used to reduce estrogen production, as estrogen can encourage the growth of some breast cancers.

Adverse effects include nausea, vomiting, loss of appetite, fatigue, sore mouth, hair loss, and a slightly higher susceptibility to infections. Medications can help control many of these.

Hormone blocking therapy is normally used after surgery, but it may sometimes be used beforehand to shrink the tumor.

It may be the only option for patients who cannot undergo surgery, chemotherapy, or radiotherapy.

The effects normally last for up to 5 years after surgery. The treatment will have no effect on cancers that are not sensitive to hormones.

Treatments for breast and other cancers can have severe adverse effects.

The patient should discuss with a doctor the risks involved and ways to minimize the negative effects, when deciding on treatment.

With treatment, a woman who receives a diagnosis of stage 0 or stage 1 breast cancer has an almost almost 100 percent chance of surviving for at least 5 years.

If the diagnosis is made at stage 4, the chance of surviving another 5 years is around 22 percent.

Regular checks and screening can help detect symptoms early. Women should discuss their options with a doctor.

There is no sure way to prevent breast cancer, but some lifestyle decisions can significantly reduce the risk of breast and other types of cancer.

Women should think carefully about their options for breast-feeding and the use of HRT following menopause, as these can affect the risk.

Preventive surgery is an option for women at high risk. 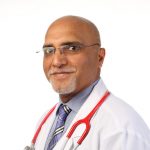