What is Premenstrual syndrome, commonly known as PMS.  Though the known name is quite complicated, what it simply means is cyclical occurrence of certain symptoms which are severe enough to interfere with our day-to-day life, which have a characteristic relationship which are consistent and predictable and having a relationship with menses. They typically occur in around say 20 to 10 days prior to your expected date of menses, characteristically seen in women in their late 20s to early 40s. The study shows that almost 3 women out of every 4 menstruating women are affected by this premenstrual syndrome.

What is the cause of these symptoms?
Actually, the exact cause or the theory is still not proved, so there are many theories which are put forward, the commonest one being hormonal, so blame it on hormones, whatever happens in a woman, blame it on hormones, the theory is same. Typically, there are some changes in the hormones that take place in late luteal phase of the menstrual cycle and these are the hormones causing all the problems of premenstrual syndrome. Certain vitamin deficiencies, mineral deficiencies, caffeine intake can exacerbate these symptoms.

Certain day-to-day changes in lifestyle and diet can help alleviate these symptoms to certain extent.  There are few common tips which are given in diet, which are one should have a very small frequent meals at the interval of say 2 hours to avoid bloating.  Diet should be consisted mainly of high carbohydrate diet, which is complex in starch, not with high glycemic index, so avoid sugars, it should be something like whole grains, a lot of fruits, green vegetables which contain high fibers.  Secondly, avoid all the food items containing lot of sodium, so salt restriction like that means all kind of namkeens and chaats and all should be avoided. Things containing extra caffeine – chocolates, cocoa, coffee, tea – all these drinks should not be taken in too high amount if one is suffering from premenstrual syndrome.  Other diet intake which means is basically it should be low in sugar, low in sodium, high in fiber, and high in complex starch. This is the diet which will help to alleviate certain symptoms of premenstrual syndrome.

What lifestyle changes can be helpful in PMS?
One of this is you should have adequate sleep and adequate rest.  Exercises do help in alleviating certain symptoms, especially isometric exercises which consist of brisk walking, cycling, swimming, all these should be at least done 20 to 25 days in a month which will help when the premenstrual syndrome starts, at least 10 days prior to the date of menses, exercises will help to reduce the symptoms.  Meditation, deep breathing, Pranayam, Yoga Asanas, all this help to minimize the mood swings, minimize the depression.

But there is one more entity which is known as menstrual magnification of certain disorders. Certain disorders like migraine, seizure disorders, depression, anemia, hypothyroidism can actually get aggravated premenstrually.  So, definite distinction should be made whether these are the disorders or it is actually a premenstrual syndrome.

So, when to meet a doctor?
Do you really need a help of doctor in PMS. When these symptoms go beyond control and they start affecting your productivity, they start affecting your day-to-day life, they are not getting reduced with these lifestyle changes or changes in diet then you will definitely need a doctor and probably we here, at Currae, as Gynaes will definitely like to help all those women suffering from PMS. 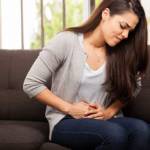 Know Everything About Polycystic Ovarian Disease (PCOD) in Short 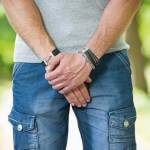 Prostate Disease You Must Know About it