Know about fibroids and fertility. So when I speak of fibroids, a lot of questions come in my mind.

So let’s address to these questions one by one.

Now, fibroids are the most common tumour, which are of noncancerous origin, arising in the uterus, and are commonly seen in females of the reproductive age group. So yes, they are often labelled as tumours but then the misnomer is that these are not malignant. The exact cause has not been elucidated till date but with various medical advances now, a genetic linkage and a hormonal association has been seen. So, the two female hormones that is progesterone and your oestrogen are implicated in the pathology of fibroid and that is why you must have observed that fibroids either do not or very rarely are seen in females or young girls who have not even completed their puberty and we often see that these fibroids on the other hand will reduce in size once the menopause is achieved. So when I say that these fibroids are the most common tumours in the uterus, the incidents are seen in about 50-70% of the females of the reproductive age group, but then that does not mean that all of these females are affected by the presence of fibroids. The symptoms will be seen in only 20-30% of these people and roughly about 5-10% of infertile females will have an associated finding of fibroids.

Now, the next question is are there any factors which are going to increase your chance of having a fibroid or on the other hand any factor which is going to decrease the chance of having a fibroid. So let’s talk about the first spectrum. Now, there are a few factors which are going to increase your chances of fibroids and a few of them are – early onset of menarche, for example, a girl having an onset of menses as early as 10 years of age or even probably earlier than that; a strong family history of mother and/or the sisters having fibroids; delayed marriages; delayed pregnancy attempts and therefore the lower parity, and of course, the lifestyle changes which lead to obesity, diabetes and hypertension are also associated with increased incidents of fibroids. On the other hand, factors like an earlier age of marriage and therefore a higher parity or use of progesterone-only contraceptives and exercise will reduce your chances of having the fibroids.

Now, the question is how will I get to know if I am having a problem because of fibroids? As said earlier, in majority of the cases, it is asymptomatic. So you will see that any female who is going for an ultrasound or any other imaging modality for xyz reason and you incidentally find a report showing presence of a fibroid, a small fibroid, which is not causing any health issues with these females. However, in about 20-30% of these females, there would be a few symptoms which can happen individually or as a combination and out of these, most common is problems with your periods which can manifest as heavy periods along with pain and sometimes typically there would be a reduced duration as well as the interval of periods, so typically female with come with history of having periods twice in a month. Another subset might have some urinary complaints, whereby there would be a constant feeling of going to the washroom to pass urine but when they actually go to the washroom, they face a difficulty in passing urine, or on the other hand, they cannot control the urine which is an incontinence. A few might experience a constant lower pain in the tummy or a constant heaviness, as if there is some mass in the tummy. Infertility will be seen in few, and yes, there are obstetric complications also associated with fibroids.

Now going back to our important question is whether the fibroids are related to fertility? Yes, they are. And how? There is not single cause which has been linked to the correlation between infertility and fibroid, it’s usually combination of factors which are implicated towards either infertility or repeated pregnancy losses. They are usually the mechanical effects of fibroids, especially in females where the fibroid is located typically in the uterine cavity or there is impairment in the uterine contractibility or impaired implantation, i.e. the sticking of the baby to the uterus. These factors individually or in combination can eventually lead to fertility issues or repeated pregnancy losses. Now, during the obstetric course, majority of the females will have an uneven full course but then these females are at risk factor for a few events depending on the location of the fibroid and the most common is the repeated pregnancy losses or the miscarriages seen in the first trimester, this is seen typically for females with fibroids which are there in the uterine cavity or the ones which distort the cavity. A few female groups will experience a lower abdominal pain, typically arising in the 5th month of pregnancy, which is usually because of the degeneration; however, it can be managed conservatively with good hydration, rest and analgesics. Also, these subset of females are at an increased risk of preterm labour, abruption or increased blood loss during or after the delivery.

Now, how do we come to the diagnosis? For patients who are asymptomatic, this will be an incidental finding and if it’s a small tumour, you are not doing anything. For others, the history and your clinical examination will give you a clue that their diagnosis is most probably towards fibroid, but the confirmation of diagnosis as well as the location, the number of fibroids has to be done with the help of imaging modalities. And now with the recent advances in the radiological field, 3D Ultrasound has become a gold standard to do an evaluation for fibroids, whereby we actually do a fibroid mapping and we see how many fibroids are there, where are they located, what is the size, are they effecting your uterine cavity, and therefore, the management can be planned accordingly.

There is another condition called as adenomyosis which presents kind of similarly to fibroids and it is imperative to differentiate between the two. If there is any doubt after 3D Ultrasound, MRI can be sorted out to differentiate between the two and therefore plan your management. So when I come on to the management, there are multiple options to it, ranging from medical approach, surgical, embolization, myolysis, MR-guided ultrasound. For the purpose of fertility, embolization is contraindicated. MRI-induced focal ultrasound is a recent radiological modality and at the last few years has gained a safety approval to be used for females who are also planning for pregnancy.

Now, when I talk about medical management, it is important to understand that this kind of a management will be limited for females who are symptomatic because of fibroids, for example, who are the ones where the fertility is not a concern, who have painful and heavy periods. And the medical management can range from as simple as your pain killers like NSAIDs to use of antiprogesterones like mifepristone, use of progesterone contraceptives like Mirena or a very new drug which is Ulipristal which is basically a progesterone receptor. But the word of caution here is that medical management as a standalone therapy for fertility management in cases with fibroid is not sufficient, you have to do something more for these females. What could be done? Now we move to the next plan of treatment which is surgery. Before going on to what routes to do or what routes are available, it is important to understand which subset of infertile population will actually require a surgical management for fibroids. Not that any female who is diagnosed with infertility and fibroid would land up in an OT and be undergoing a myomectomy, so there are a defined criteria for that. Any fibroid irrespective of its size, presenting in the uterine cavity or which is distorting your uterine cavity has to be removed without doubt. Another situation would be repeated pregnancy losses or repeated first trimester miscarriages in the presence of a fibroid. Thirdly, you have had multiple failed fertility treatments in the form of IVF or ICSI and you have ruled out all the causes which can be attributed to this failure, and on imaging, you see a large fibroid about 4 or 5 cm, lying in the body of the uterus or multiple fibroids lying in the body of the uterus have to be corrected surgically.

So there are various approaches which can be done for this surgical removal of the fibroids, they can be done by hysteroscopy, laparoscopy, a combination of two, open surgery or vaginal route. The choice would be or the route would actually depend on the number of fibroids, their location, the size, the indication for removal, and most importantly the expertise of your surgeon.

So with this, I summarize my entire talk, with the first statement that fibroid is the most common noncancerous tumour in the reproductive age group. About 5-10% of the infertile females will have associated findings of fibroid, but fibroid as the sole cause of fertility would be seen in just 1.5-2% of the population. Medical management as a standalone treatment to treat fertility in patients with fibroid is not enough. Any tumour distorting the cavity or in the uterine cavity has to be removed. Whether to remove any tumour which is present in the body of the uterus not distorting the cavity is still a debatable issue. The pros and cons of the procedure should be well evaluated and also all the factors which could attribute towards failure of a fertility treatment, either IVF or ICSI or any other ART modality should be evaluated and ruled out first before contemplating your surgery.

effect of fibroids on fertility, fibroids, fibroids and fertility
DID YOU FIND THIS INFORMATION USEFUL : 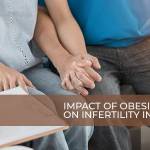 Impact of Obesity on Infertility in Women & Men 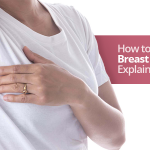 How to do Breast Self Examination Explained by Dr. Sunaina Ahuja