How IVF, ICSI Treatment Can Help Couples Realizing Their Dream of Having a Baby – Dr. Rita Modi

The incidents of infertility is very much on the rise. If we look at current statistics, about 1 in 6 couples is facing this issue. A lot of factors could be attributed to this:

So these are the cases where IVF can help the couples in realizing their dream of having a baby. When they see the family is not complete one, “I didn’t have a child,” so IVF is the way which will help you in achieving your goal.

Now conventional IVF has been, wherein we just get the egg and the sperm from the couple, fertilize it in the laboratory environment, create the embryo, grow the embryo, and put it back inside the mother’s womb. So, now that conventional technique is still there but there are a lot of newer modifications, which has come which will help those couples who have so far not been able to conceive with the earlier techniques.

A major modification was ICSI, which is Intracytoplasmic Sperm Injection, it was especially useful for cases where sperm count is very low, motility is very low, or there is no sperm in the semen sample. In such cases, sperm can be retrieved from the testes itself and even with zero motility or minimal count, select individual sperm and put it in individual egg, this gives rise to embryo and that embryo can be grown in the laboratory system to put in the mother’s womb later and that gives a very good pregnancy rate.

Along with that, there is a newer technique called Blastocyst Culture, where the embryo is grown in the laboratory system for 2 extra days, which are the most crucial days for the embryo growth, wherein there is a transition from the maternal genetic activity to the foetal genetic activity or the embryonic genome, that is, that embryo when it is put in the mother’s womb, would give even higher success rate to the tune of 50% per attempt of IVF.

There are many more modifications like morphological selection of sperm, where there is a lot of issue with the sperm morphology which is the structure. Also at the same time, sperm and egg and embryos, they all can be kept in storage for extended periods by a newer technique called vitrification. Vitreous means glass. So, the cellular cytoplasm is kind of converted into a glass like material with the help of a newer technique, which is the vitrification technique, and that embryo can be kept in storage, or the egg or the sperm, whatever the case maybe, can be kept in storage for long period until the couple is ready to use them. This can also help in fertility preservation. Supposing, a women doesn’t want to conceive for next several years, the partner is not there or whatever reason, it can help in fertility preservation. Egg can be retrieved, can be kept vitrified till she is ready to start a family then that can be… I mean then the embryo can be created at that stage and embryo transfer can be done, so then the couple can conceive through that. So essentially, there are a lot of newer areas and a lot more is in development, which will help couples in conceiving for those who were not able to do so. 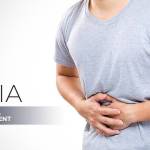 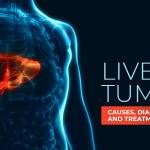