Blindness, removal of the eyes, etc. were a thing of the past. As science and technology have begun to rise and the development of newer and greater technology comes into power. Surgery and other kinds of medical operations become more and more advanced in several ways possible. Thus, at the end of the day, people need not worry about anything that was to happen to them. Hence in the 21st century, there are several different types of precautions or cures that one could say in order to suffice and also give in to the care that one might give to their eyes. If anything were to go wrong, we all know that there are surgeries and operations that are done which can save the eye and save our vision as well. Hence in the world of surgeries, there several different kinds done on a day to day basis were depending on the severity of the damage done to your eye, the particular kind of operation is done. Hence in this article, we are going to discuss different types of benefits or risks in getting laser eye surgery done which one can analyze and also consider as to why they want to get it done.

The main agenda about laser eyes surgery is to give a close to a permanent solution to the people in order to help them not use any third-party objects to help them improve their vision altogether. Hence these surgeries are very intricate and also very delicate when it comes down how they might be performed and what goes into them. In the entire process of laser eye surgery, the surgery helps in reshaping the cornea of your eye. The cornea is nothing but the dome-shaped object placed right in front of your eye which is responsible for your vision. If this is corrected then almost all of your eye problems are corrected as well. Hence when this surgery is done almost all of the problems are gone and after this, the patient need not wear any sort of contact lenses or glasses or any other kind of object that might help in vision. But it’s not for all as the entire operation is very expensive and if you have the money to get your vision corrected permanently, then go for it or else glasses are the way to go for it. But mainly this surgery is only to correct the vision which is impaired for long sightedness and short-sightedness. Instead of cutting through the eye, the laser is a more invasive way to get the things done and also not spread the damage as well.

But then with every surgery there comes some sort of risks and benefits as well which one has to consider and also overcome whenever they are getting it done. So, have a brief discussion with the surgeon and consider all options before taking up the surgery. Hence let’s take a deeper dive into the realm of laser eye surgery and see the different types and the benefits and the risks and everything that revolves around the topic. So, without further ado, let’s get cracking.

This type of eye surgery is the most common eye surgery done almost all across the world. For any sort of slight or delicate damage to the eye, your doctor will definitely recommend you this operation. It is mainly used to correct the long and short-sightedness problems that a person might be facing. Hence in this operation, a tiny little flap is made underneath the cornea such that it helps in better vision and given more information to the optic nerves and enabling the person to have a sharper vision altogether.

Well in this sort of surgery, it is primarily prescribed for the people who have suffered very less amount of injuries to the eye. Someone who has not that invasive injuries but can be corrected with a little bit of treatment from the laser. Hence in the entire operation, you can witness the surgeon operating on your eye to correct the damaged part of your cornea without even having to make any sort of flap underneath the cornea.

Well, the entire process of the wave front is a step better than LASIK as it provides a whole lot better precision and also enhances the chances of the eye having a permanent change for better vision. The entire procedure has one main or primary goal and that is to improve or eliminate any sort of natural irregularities of the eye and to correct it and get rid of them.

The entire procedure of LASEK is similar to that of PRK as the epithelium layer of the eye is kept in order for it to act as a flap for the cornea and not cutting any of it underneath. Somewhat similar but gets the same results and also giving a much greater chance of correcting the overall problems of the eye if it has any sort of damage.

Why Is It Done?

How Is the Entire Procedure Carried Out?

How Effective Is the Entire Procedure?

Well if you take a look at any of the surgeries that are done to the human body, then you could say that in the past 10-15 year, ever surgery has been revamped into making them much safer but yet quite simple to make it better and more cost-effective. The same approach has been given to laser eye surgery where the surgery has become a whole lot more less painful and the overall cost of it also has reduced. The recovery time is short and the surgery has proven to be much more effective over a wide range of problems of the human eye. But with most of the surgeries that are being done to the eye have proven to be safer and less invasive, the rates have gone up high and a number of people are getting it done to find a permanent solution to whatever the underlying cause of the eye to get it removed and live a problem-free life.

The whole point of getting this surgery done is to improve your overall vision and also not have any other problems in the eye. Hence there are several benefits to the eye that can actually prove to be useful in day to day life. Some of which are given below. Take a look.

What Are the Side Effects of The Surgery?

Well if you take a look at the success of the surgery, then the only side effect that you might witness is the success rate of the people having their eyesight back. Mainly because of the precision and care that the surgery is done with. Other than this there are some of the side effects were people might have complained. Some which include dryness of the eye, night-halos, sensitivity towards light etc. after a few weeks of the surgery being done. But then other than this, there aren’t any of the problems were people might have incurred. Well yes other than the bid bill that you might get after the surgery, other than this everything is all good and nothing seems to be the problem.

Risk of Getting Laser Surgery Done?

Well, now that we have seen the overall benefits and everything there is to know about laser eye surgery, there is a certain risk that one might need to keep in mind before they might get ready for the surgery. They are quite necessary to be understood and need to be kept in mind. Some of the risks are given below. Take a look.

Hence, in the end, it comes down to personal preferences as to whether or not they might want to get the surgery done. Someone might want to get the surgery done whereas someone might lie the glasses that they might have to wear to see properly. All of this is a view from a personal point. Therefore, if you are someone you want to save the time and money of getting something that can give you a permanent solution to all your eye problems then go for the surgery and save lots of your day to day precious time. But then if you want to just save all the money and not invest it into your eyes and are happy with your glasses then there are far better ways of actually saving your eyes for a temporary solution. So, choose the right kind of treatment can be beneficial throughout your life. All the best. 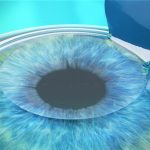 Is PRK Eye Surgery Correct for You? 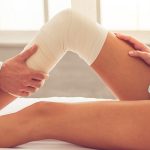 What precautions should I take after knee surgery?