Before talking about hernia, Just want to brief about the AWR Surgeons Community. You must have heard about Laparoscopic Surgeon but AWR Surgeon, it’s a tag for us which is AWR, abdominal wall reconstruction surgery community, it’s all over India for like-minded people who has formed this. Along with International Hernia Collaboration, we are finding out the exact solutions and treatment protocols for different types of hernias and their complications and the newer techniques, which will give rise to best results, least recurrence rates to the patients.

So, hernia is an age old grown disease, this is in a sense is in a factor which hampers the life of a patient when it comes to an emergency. By definition, the hernia means an abnormal protrusion of a viscus or a part of a viscus through a normal or an abnormal opening in the abdominal wall, in which the inner cavity in which it is contained, most of the times the wall of the cavity is formed by the peritoneum. The hernia word comes from a Greek word ‘hernios,’ hernios means an offshoot or bud which is also known as a rupture, that means an offshoot of intestine or a part of intestine through the anterior abdominal wall. Anterior abdominal wall of hernias are different hernias which is mostly divided into two – one is in ventral hernia and second is in groin hernia. Ventral hernia, again we have got spontaneous hernias and acquired hernias. Spontaneous hernias, you must be knowing, about depending on the side where it is, whether it is umbilical hernia in the centre, above; and sides it is paraumbilical hernia, supraumbilical hernia; in the upper part of abdomen, it is called as a epigastric hernia. Then a spigelian hernia which is on the flanks and the lumbar hernia which is at the back side.

Then the acquired hernias are called as incisional hernias, where the patient has undergone previously any type of surgery, whether it is gynaecological surgery, any malignance surgery, or any emergency surgeries where the wound has got some complications, the weakness occurs and they developed a hernia in future after the surgery.

In the groin hernias, we have got inguinal hernias, we have got a femoral hernias and a part of it is obturator hernias. As hernias, we know, it poises what is the presentation. Presentation sometimes maybe a slight bulge which maybe on coughing or straining is visible, maybe associated with pain or without pain. But when the hernia becomes complicated, what means by complicated? It’s irreducibility, previously the swelling was reducible, now it becomes irreducible, giving rise to increased pain. Then obstruction, the part of the intestines or omentum which gets stuck there, which causes nausea, vomiting that causes obstructive symptoms. Strangulation is another complication, incarceration is another complication.

When it comes to an emergency, it becomes a really tough situation for patients. So why we need to operate hernias is because though initially they are asymptomatic, later on the size increases, the symptoms increases, they may get complicated, and which will give rise to difficult outcome and difficult surgeries.

What are the causes of these hernias?
Causes are not known as such but there are few predisposing factors, maybe occupational things like lifting heavy weights, so those patients who are labourers, manual labourers, lifting very heavy weights. Second, excessive muscular exercises which will give rise to increased intra-abdominal pressure and leads to hernia. Second thing is chronic cough in patients with pulmonary diseases like COPD and chronic bronchial asthma, uncontrolled asthma, which gives rise to chronic coughing over a persistent time of period, is also a predisposing factor. Now obesity and hereditary, these are two other factors for hernias.

What are the advantages of this laparoscopic repair and how we are doing it?

The thing is that previously, there were big cuts on the groin, previously there were big cuts on the midline to repair the hernias. So, laparoscopically what we use… some few holes that are drilled into the abdomen through the trocars. Under vision, we use the contents, we fix up the defect, and we put on prosthesis which is made of different materials and we fix up the defect in hernia by laparoscopy. The advantages over the open surgeries are that: one, it is small holes so minimal tissue trauma that is called as minimal access surgery. So we have got very minimal access through small incisions. Once the tissue trauma is less, the pain is less, the bleeding is less, so this is the most important thing.

In today’s life, we want to go early into the activities, we don’t have time, we want to resume our duties, we have got so many responsibilities, we have to go in a fast life, so laparoscopy gives that benefit of moving to early recovery, early attention of lifestyle. And second and third thing is most important is cosmetics, there are very few holes, the chances of visible scars are very, very less, so these are the things what we do in a laparoscopy.

Laparoscopic hernia is an advance surgery, you have a good surgeon who has got good skills treating your laparoscopic hernias. Second thing, we need to have access to the instrumentations and facilities available. Third thing, most important is the patient factor, the patient should be fit enough to undergo general anaesthesia and fourth thing is important is cost factor. Though the cost factor is little high as compared to the open surgery, but the advantages are too much. The most important thing in today’s life is we want a fast life, we want early return to activities in a faster manner, so laparoscopy has all the advantages.

We are regularly doing all types of ventral and groin hernias by laparoscopic way. In near future also, we are going to get on a live OPD workshop for this also at Currae Hospital.

hernia causes, hernia treatment, symptoms of hernia, types of hernia
DID YOU FIND THIS INFORMATION USEFUL : 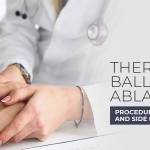 Thermal Balloon Ablation – What Is Procedure, Recovery and Side Effects 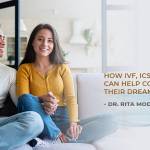 How IVF, ICSI Treatment Can Help Couples Realizing Their Dream of Having a Baby – Dr. Rita Modi