Experiments were done in the last half of the 20th century to see if diseases like high lipids and cholesterol could be treated with surgical procedures such as intestinal bypass.

In 1995, Dr. Walter Pories and his research team published an article titled “Who would have thought it? An operation proves to be the most effective therapy for adult-onset diabetes mellitus”. Since that landmark paper, much evidence has been accumulated showing that surgery can cure/improve several metabolic diseases, especially adult onset or Type 2 diabetes mellitus.

Today, the term Metabolic Surgery is used to describe surgical procedures to treat metabolic diseases, especially, type 2 diabetes. The best-known metabolic surgery is the Gastric Bypass with over 20 years of experience with this procedure. Other established procedures are the Gastric Band and the Biliopancreatic Diversion with or without Duodenal Switch. Experimental procedures under study include the Vertical Sleeve Gastrectomy, Ilial Interposition, and Duodenojejunal Bypass. Other minimally invasive devices, such as the Intraluminal Duodenal Sleeve are also being investigated. 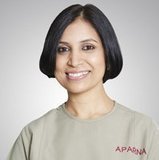 Dr. Aparna Govil Bhasker is one of the most experienced surgeons in the field of bariatric and metabolic surgery in India. With more than 14 years of experience she has the expertise to cater to this high risk population of patients suffering from clinically severe obesity both during and after bariatric surgery. She is one of the first surgeons in...

The term Metabolic Surgery is used to describe weight loss treatments and procedures to treat metabolic diseases, especially, type 2 diabetes.Gastric Bypass and Bilio-pancreatic diversion have resulted in control/ cure for diabetes. This surgery can only be performed in obese patients with BMI greater than 35.

However, the need for control of diabetes in non-obese patients led to the development of Ileal Interposition surgery or Duodenojejunal bypass surgery for diabetics who do not require gastric bypass. This can be performed in this type 2 diabetics with BMI as low as 30 or with sleeve Gastrectomy in overweight/obese diabetics.

This surgery can only be performed in obese patients with BMI greater than 35. This can be performed in this type 2 diabetics with BMI as low as 30 or with sleeve Gastrectomy in overweight/obese diabetics. Inability to achieve a healthy weight loss sustained for a period of time with prior weight loss efforts.

Bariatric surgeries result in long-term weight-loss success. Most studies demonstrate that more than 90 percent of individuals previously affected by severe obesity are successful in maintaining 50 percent or more of their excess weight loss following bariatric surgery.

The exceptionally high reduction in mortality rates with bariatric surgery is due to the highly significant improvement in those diseases that are caused or worsened by obesity.

Intra-abdominal complications including disruption of a bowel, intra-abdominal infections, small bowel obstructions, and death may result from bariatric surgery in less than 0.5% of patients. There may be other complications related to a specific type of surgery such as band slippage and /or erosion after gastric banding. Gastric bypass-specific side effects include clinical manifestations of vitamin malabsorption. There is also the potential for dumping syndrome (feeling bloated, dizzy).In rare cases, might require reoperation. 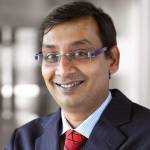 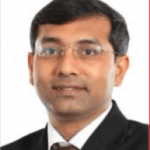